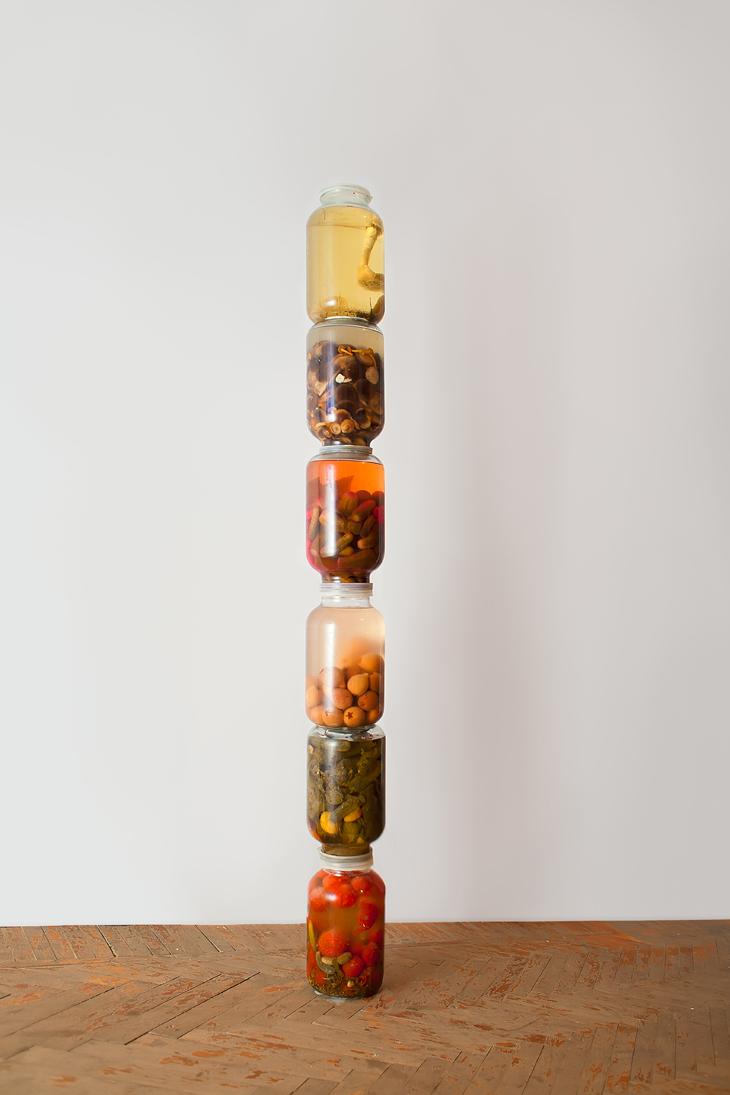 One of her painting series depicts female Soviet Young Pioneers in scenes that take them out of iconic propaganda posters into more ambiguous contexts. The young pioneer, an alter ego for the artist, is shown romantically embracing a smiling Che; about to take a bite out of a large hallucinogenic/poisonous toadstool bearing a photographic image tagged ‘1917’, suggestive of the Russian revolution; and also at night, out in the street, drinking tall cocktails and posing on all fours over city rooftops.

Boundary Post Of A Cat Bajun (2012), a human-sized tower of glass jars containing stained-glass coloured preserves of mushrooms (again), fruit, vegetables and berries, seems precarious and uncanny, almost teetering on the brink of collapse. The preserves themselves look grubby and desperate, several steps down from Observer Food Monthly ‘rustic’. One might say they’re about shortage, fear of starvation, rather than indulgence, but there’s also something laboratorial about their orderliness. This is no longer just food; what this fermenting, organic totem holds could be lethal, a transformative potion, or a Russian landscape preserved forever in formaldehyde.