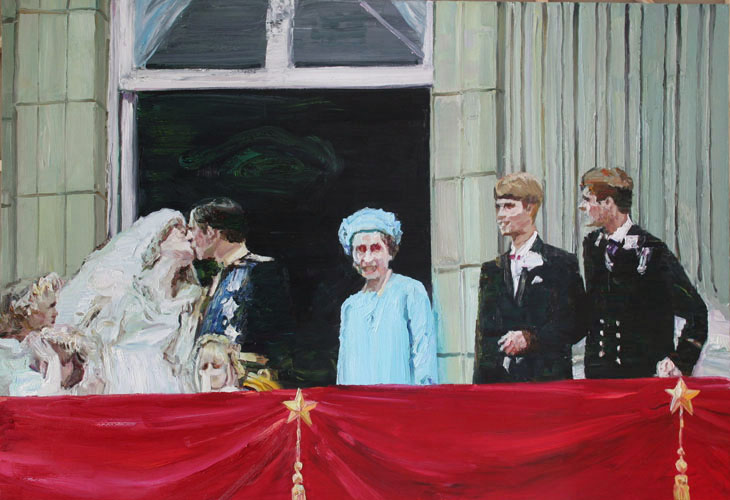 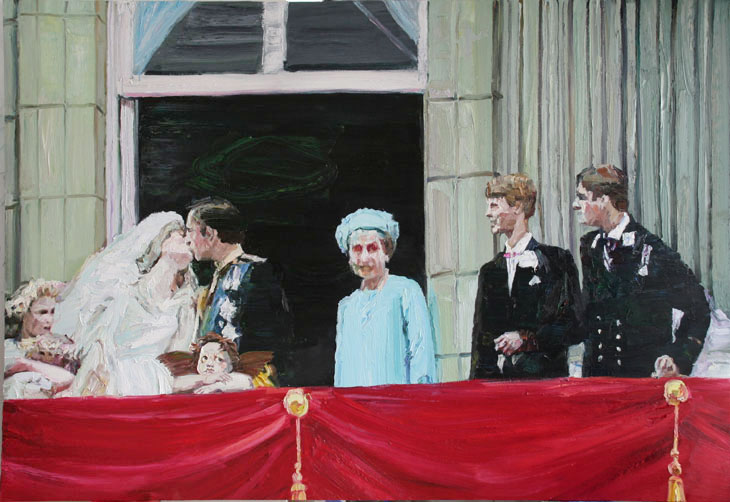 Li describes his approach to painting as something akin to a “computer programmer” scripting games on canvas. Inspired by a genre of video games where the player looks for minute differences between two photographs, Li’s Wedding is part of a series of diptychs that explore the authenticity of documentation. Picturing the famous Charles and Diana balcony scene, Li’s rendition supplants the original event, rewriting the image to include William and Harry, highlighting the malleability of collective memory. Li faithfully depicts the image as pixellised to reference its internet source and question issues of appropriation, falsification, the idiosyncrasy of the artist’s hand. There are six dissimilarities between the two canvases, including the insertion of a Raphael cherub in the group of princesses, and star emblems on the royal banner.
×