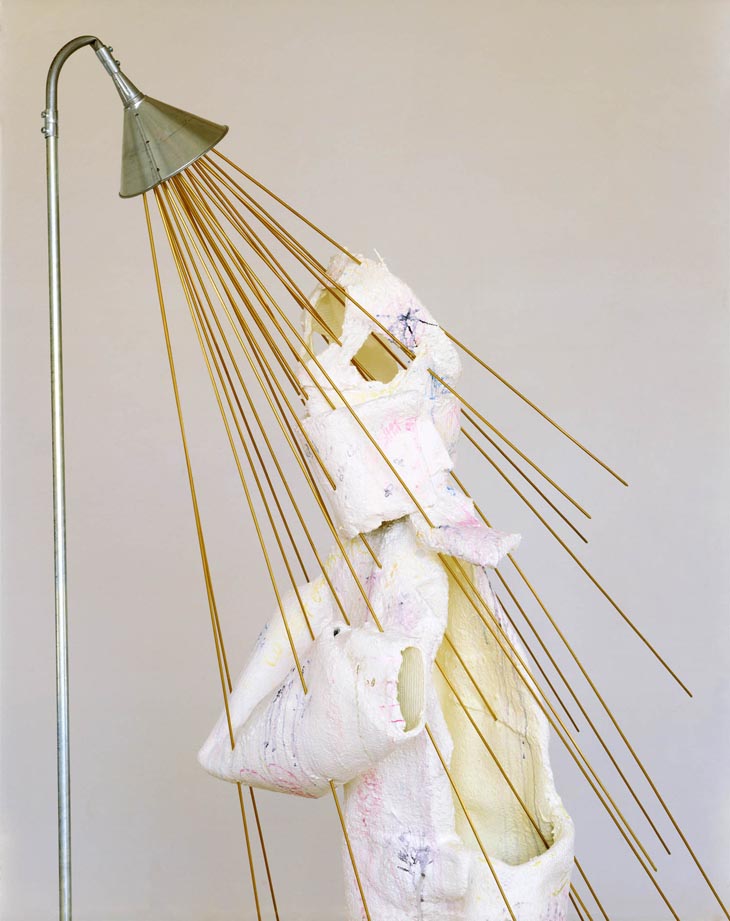 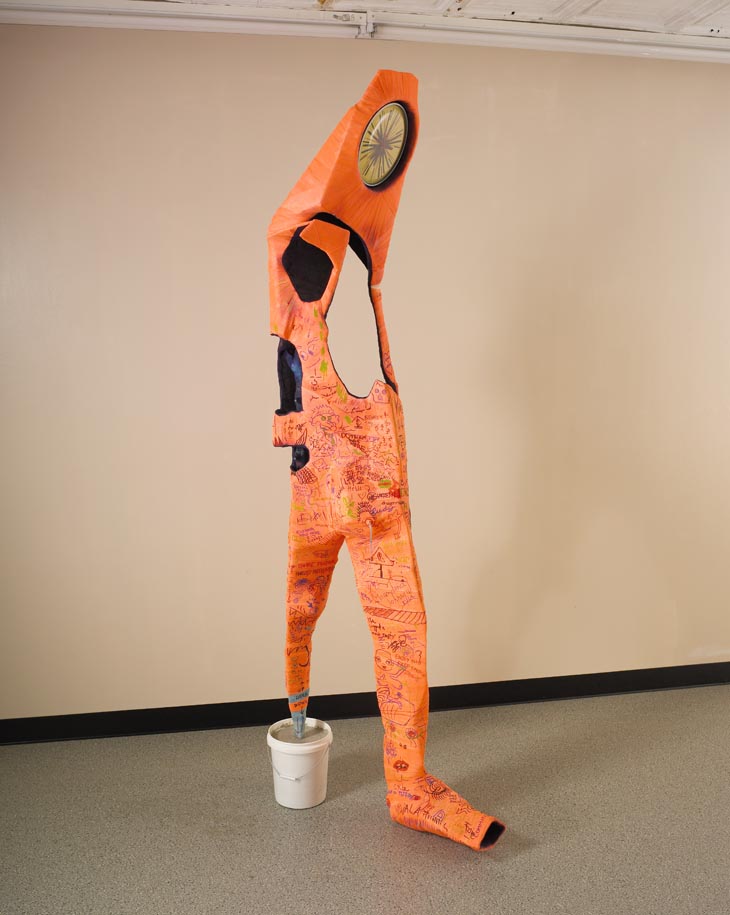 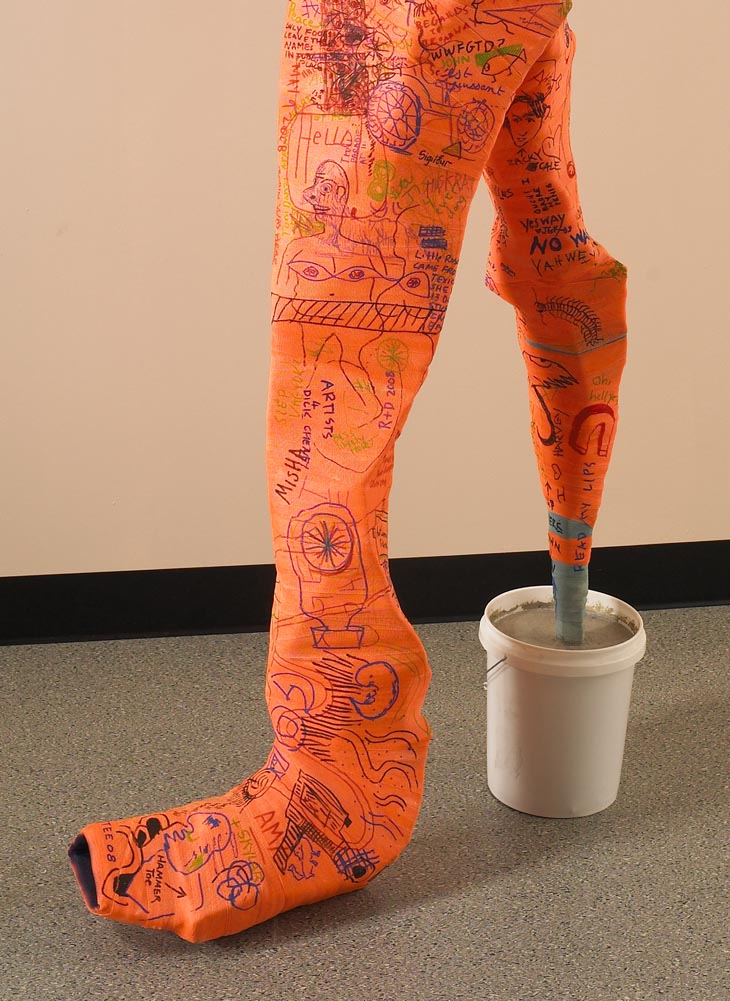 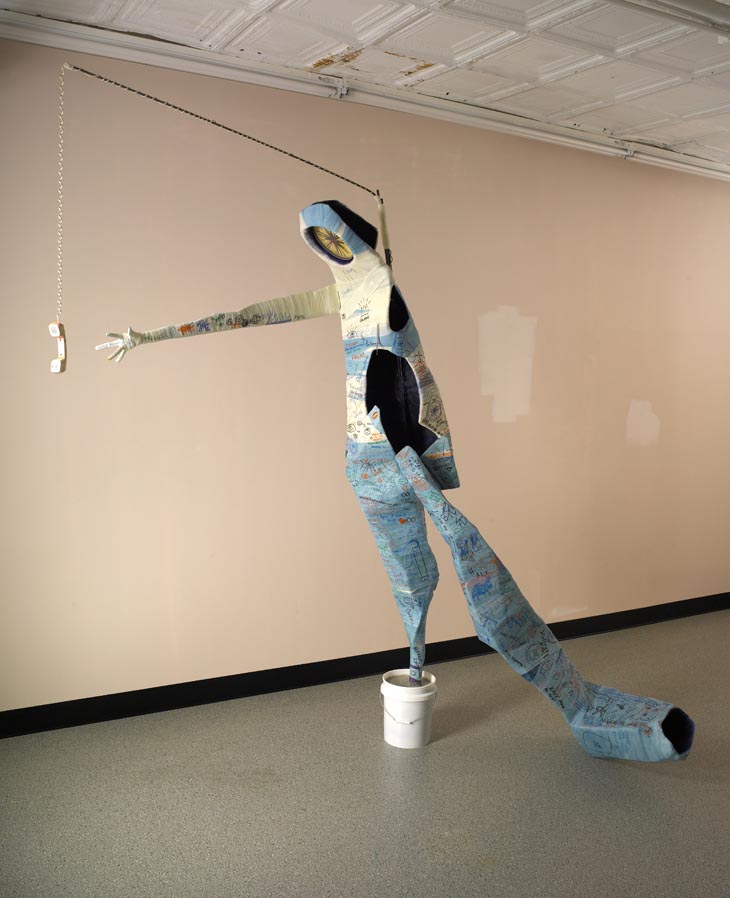 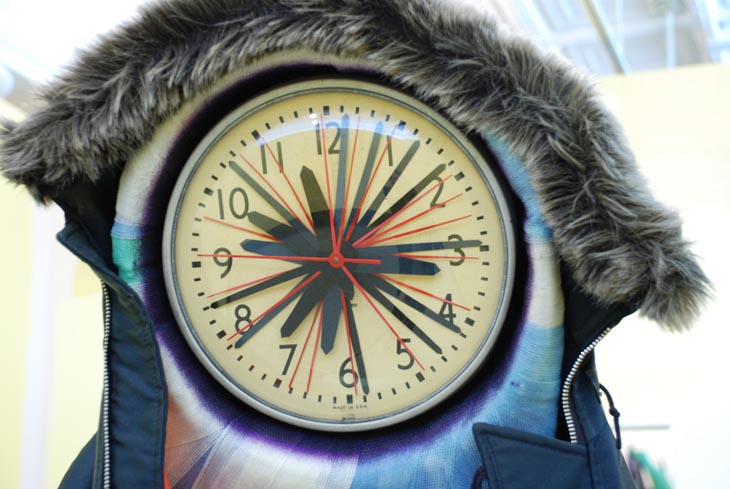 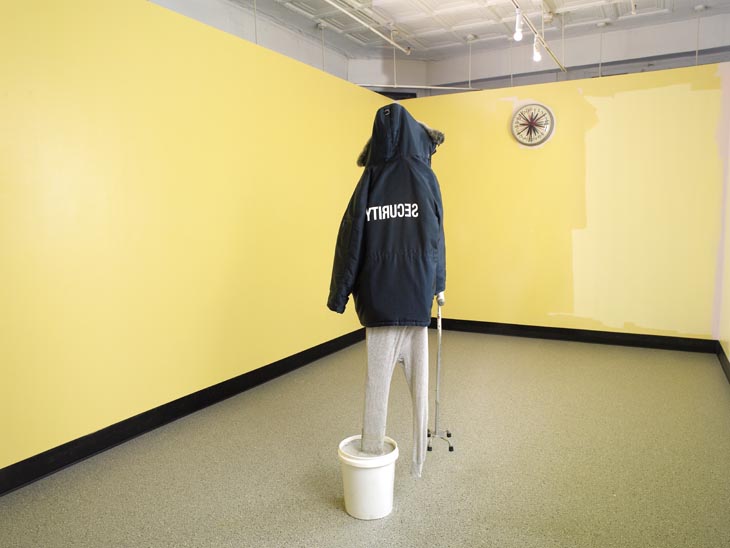 Made from plaster bandage, Johnson’s Sentinel (Orange) towers with mummified clumsiness; its hollowed skin a disembodied armour encasing a time-defying tick-tock face. Its hazard orange – the actual colour of the medical tape – doubles as emergency unit uniform; the figure is an unsung hero of past and present, an underappreciated deity of safety and assurance. Rescuing his paladins from an eternally forlorn fate, Johnson’s sculptures in this series were originally exhibited with marker pens tied to their appendages, inviting viewers to decorate their surfaces with messages; the public outpouring of adulation becoming graffiti defacement of monuments no longer valued.

Through his playful use of materials, Johnson’s work creates a theatrical tension between ‘stuff’ and its implied function: clock faces stand in for people faces, bandages become noblesse armour, and steel rods protrude painfully as arms and legs; his battered crafty aesthetic giving all the appearance of the walking wounded. Sentinel (Please Hold) sculpts a cruel picture of ineffectuality and obsolescence. Comically rendered with the tell-tale ravages of age, Johnson’s veteran teeters on peg-leg and gout foot, his guts blown out, and arm replaced by a fishing rod-like prosthetic. Relegated to desk duty, even answering the phone becomes a mission impossible, his body covered by hundreds of unanswered messages.

Using fiction as a departure point into making, this series of Ryan Johnson’s work revolves around the literary archetype of the Watchman: the ever-lurking ghostly observer, lonesome figure of security and  surveillance. Occupying an uneasy space between dreamscape and the material world, Johnson’s figure is a haunting effigy, a character reduced to the tools of his trade. With cog-like guts formed from giant key rings and a distorted clock for a face, he’s more machine than man, wearied from unwavering routine, anchored to his post in a bucket of cement.