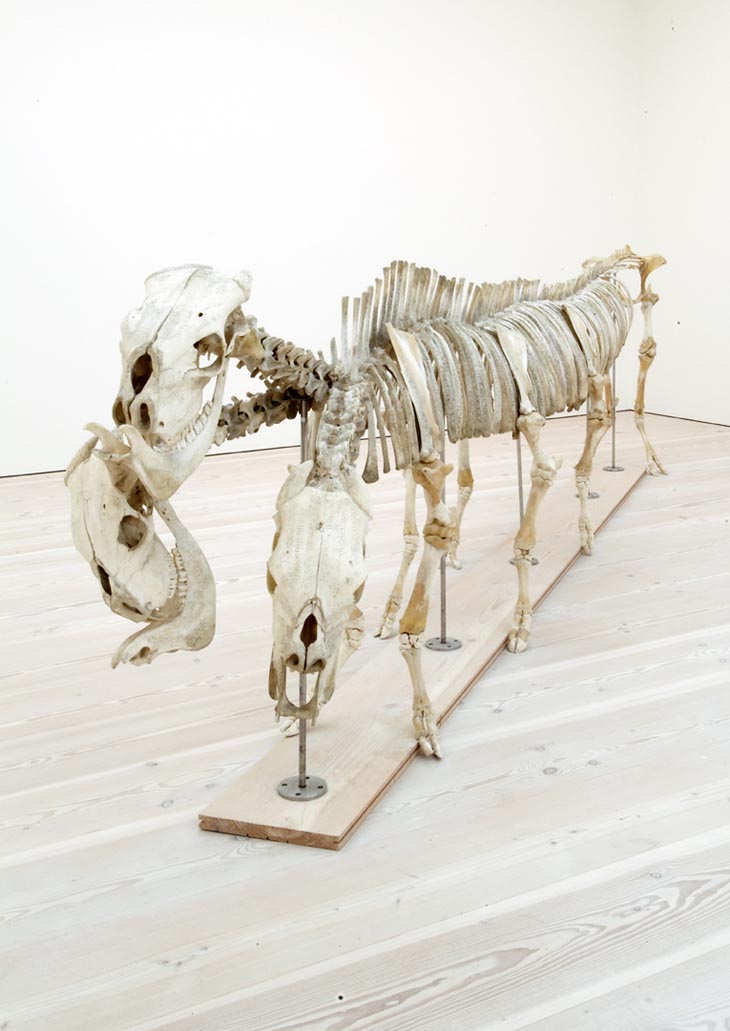 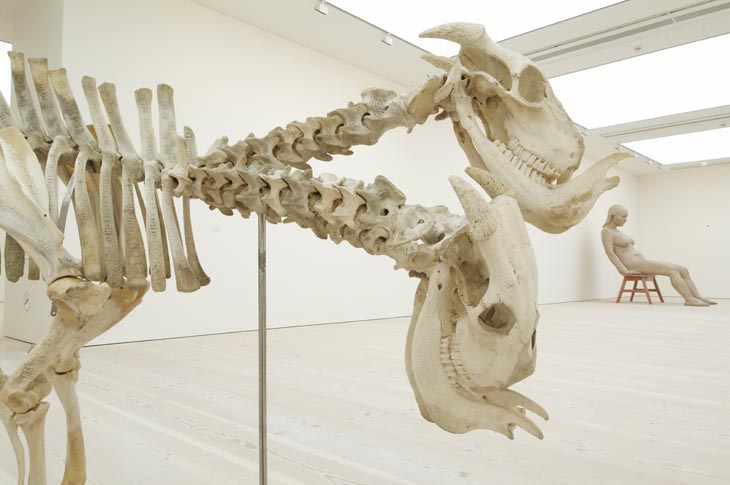 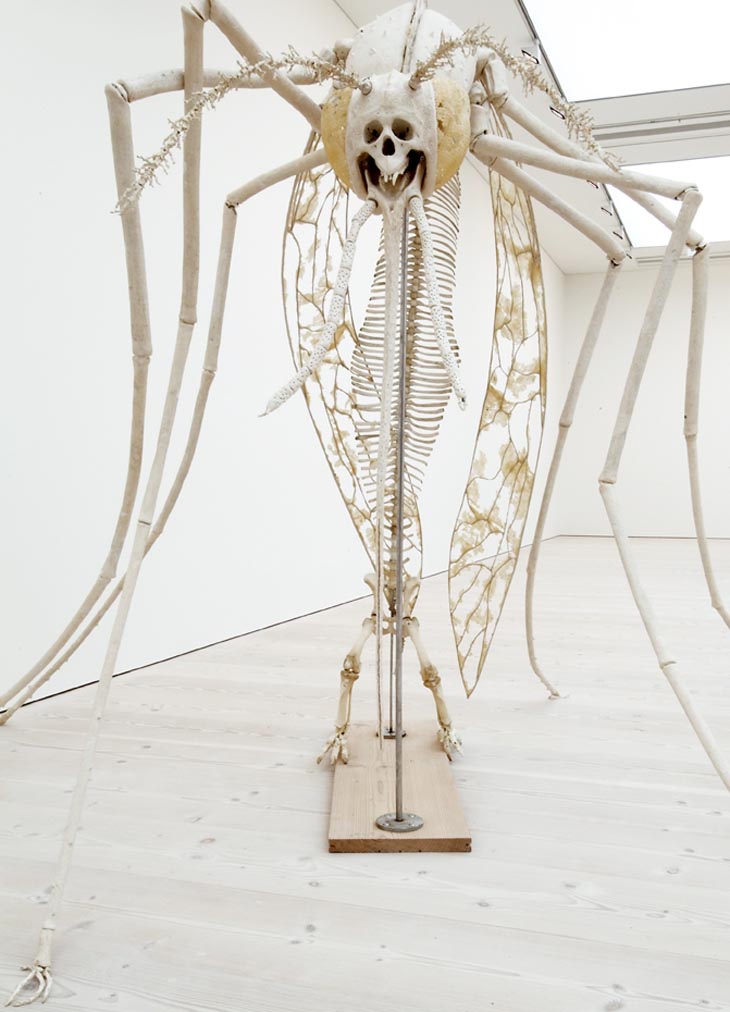 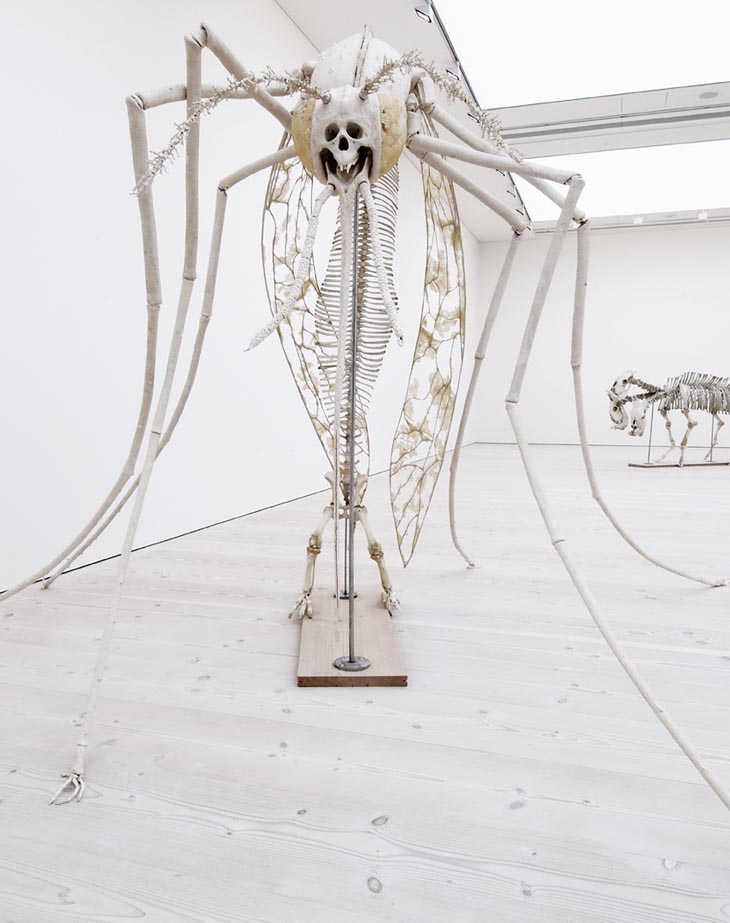 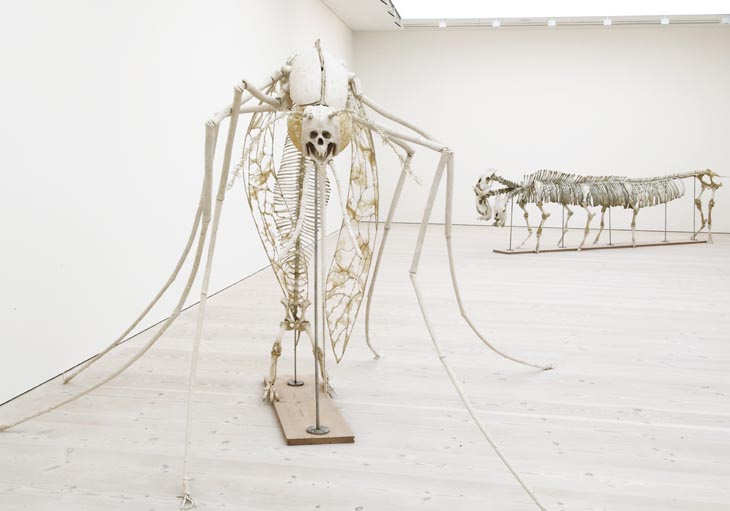 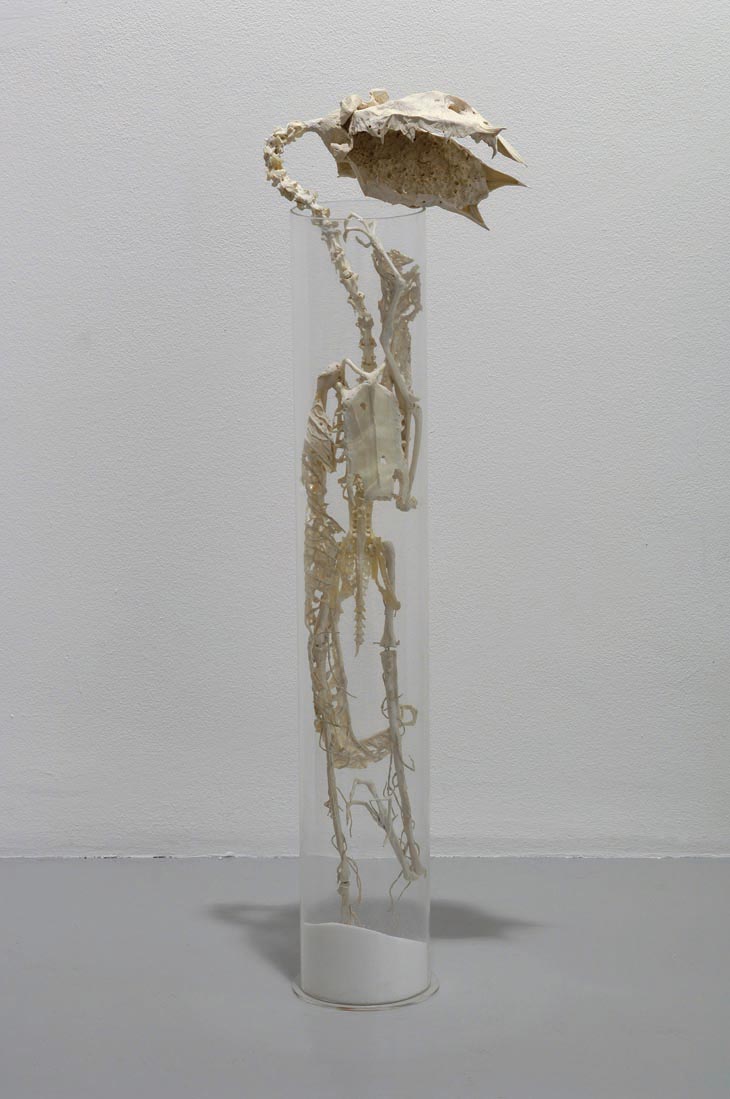 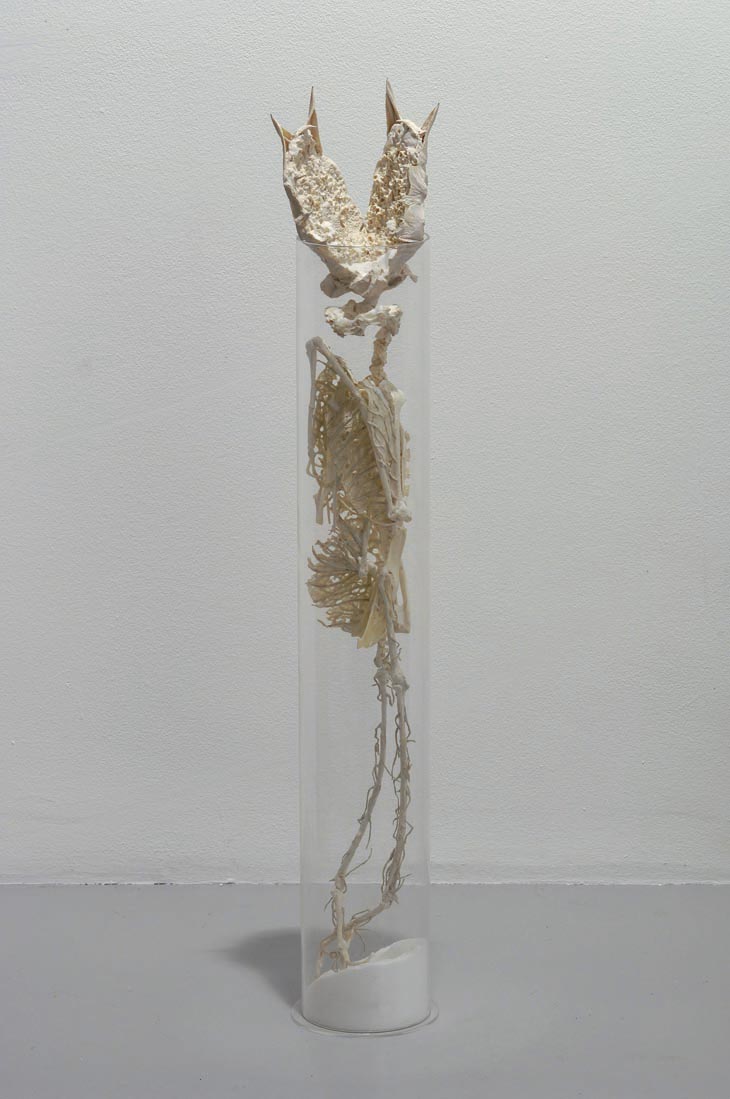 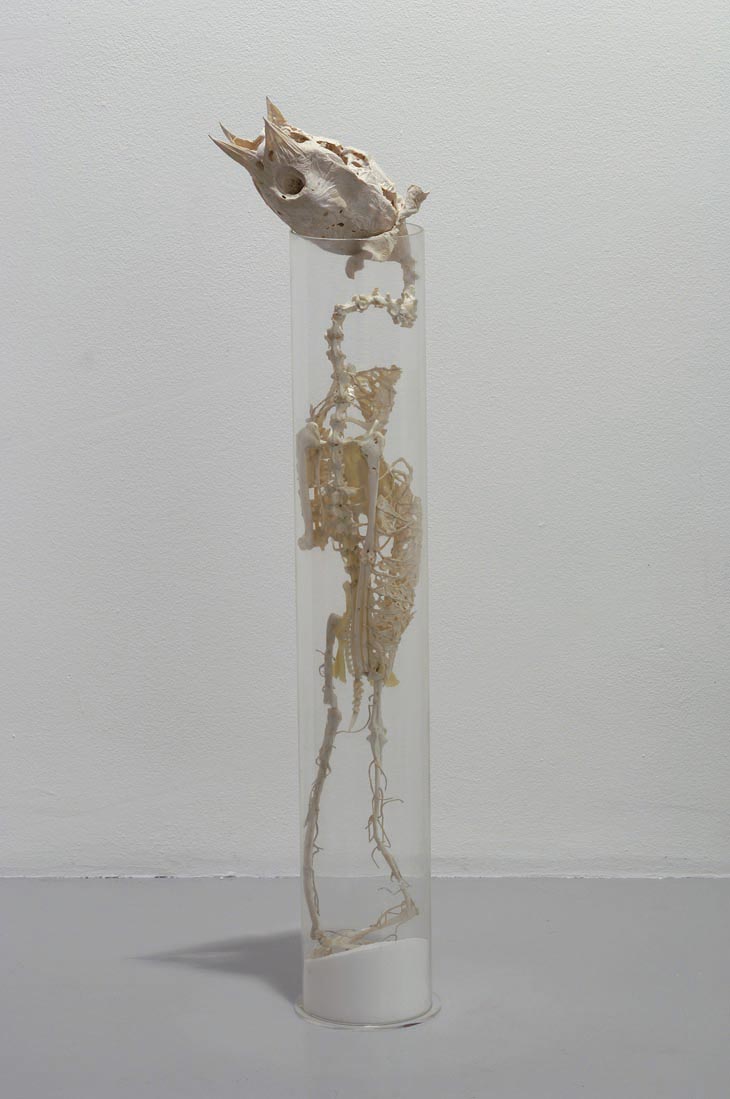 Shen Shaomin adopts the role of being anthropologist, scientist, and author of his own fabricated mythologies. Constructed from real animal bones, his sculptures collectively create a bestiary of fictional creatures that are wondrous, frightening, and strange. Reminiscent of Borges’s Book of Imaginary Beings, Shen’s absurd assemblages exude an ancient wisdom, authenticating the magic of fable and folklore, while alluding to contemporary issues of genetic modification, consequence of environmental threat, and concepts of the alien and exotic.

In pieces such as Three Headed Monster and Mosquito, the skeletal remains of ’extinct’ creatures are presented with the validity of museum display. Their colossal scale reinforces their imagined prehistoric origin as Jurassic curiosities and spiritual totems. Assembled from genuine ossified animal parts, his creatures are simultaneously familiar and perplexing, indicating a warped and uncomfortable process of evolution. Often carving into his surfaces, Shen adorns his creations with scrimshaw, further entwining humanistic reference into his disturbing zoological evidence.

This approach to sculpture as science fiction provides a futuristic backdrop to Shen’s processes of making. His Experimental Studio No.2 - Sunflower, a bizarre triffid-like plant, is made from reconstituted meal, creating a hyper detailed skeleton quite literally from dust -- the type of monster expected from pixellised cgi special effects assembled with actual granular matter. This paradoxical slippage between the real and theatrical, futuristic and archaic is enhanced by the sculpture’s presentation in a large beaker-like vase, suggesting a veracious scientific specimen.