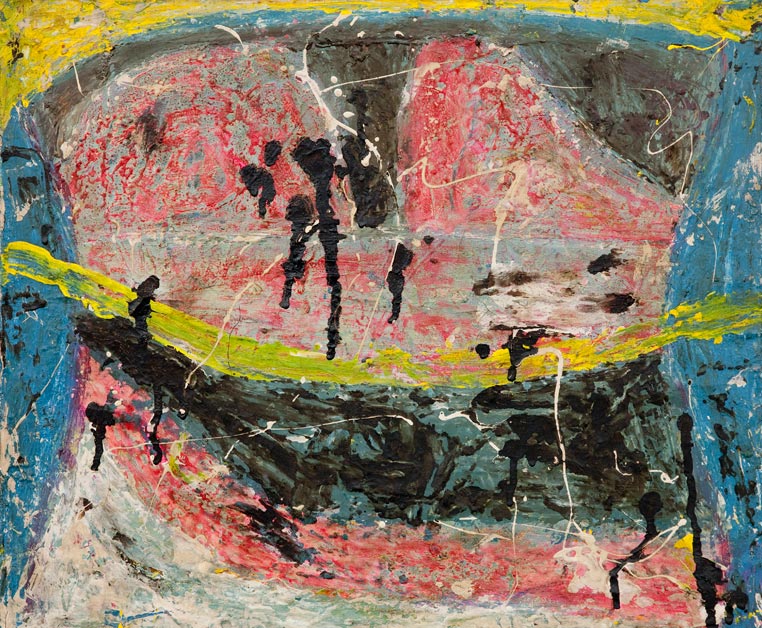 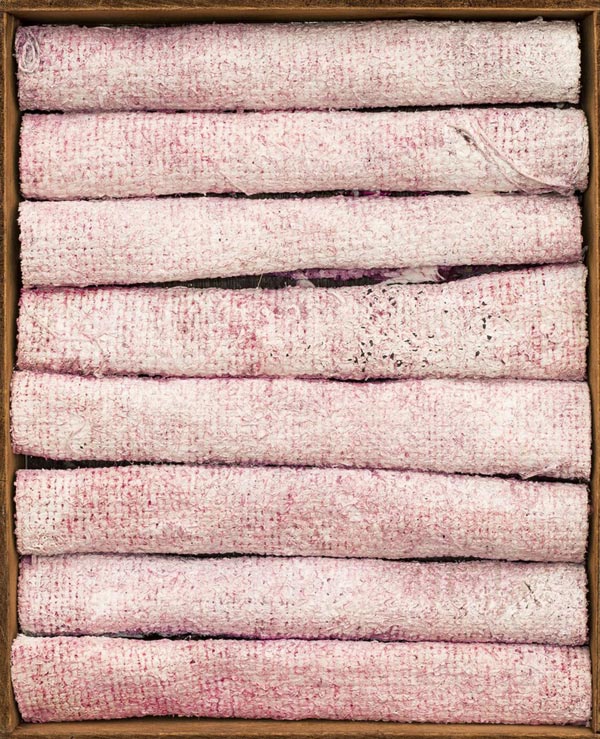 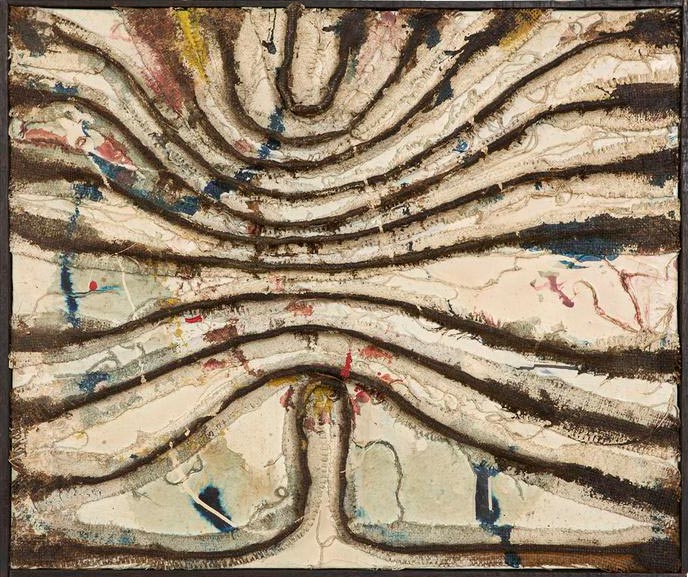 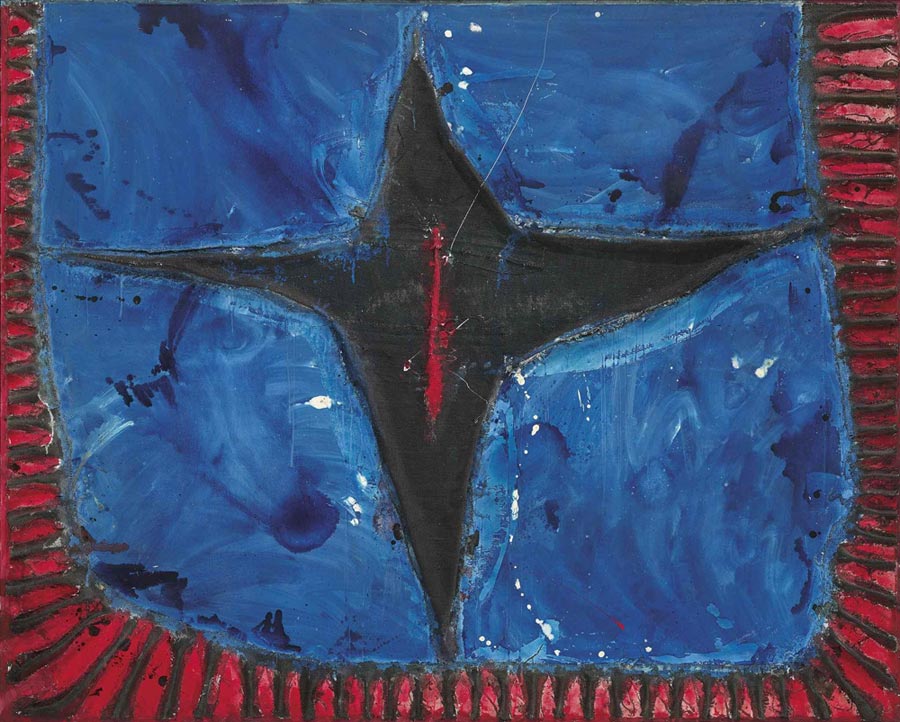 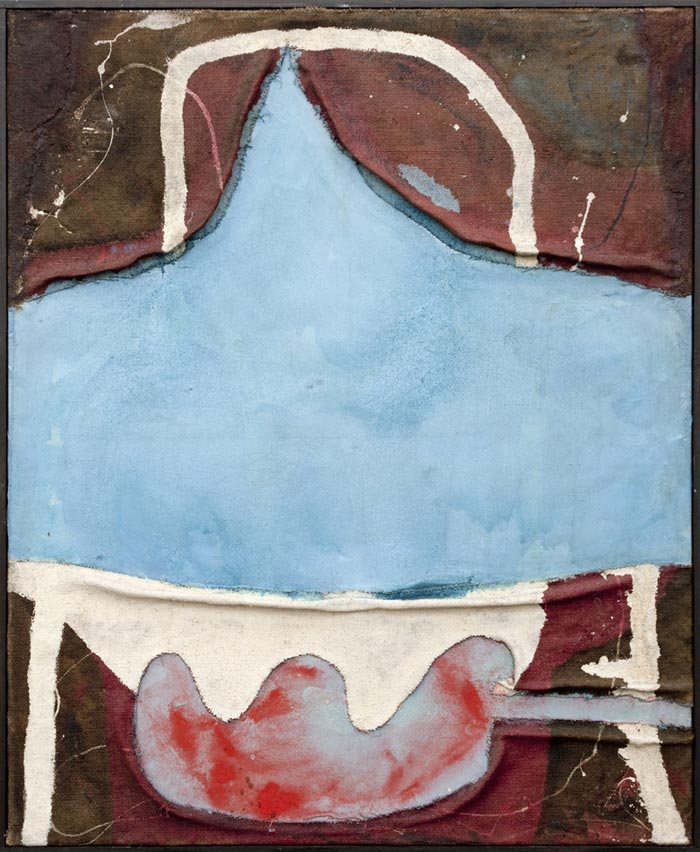 Lévy Gorvy is pleased to announce an exhibition of paintings by Tsuyoshi Maekawa, to be held in collaboration with Saatchi Gallery. It will be the inaugural presentation at Saatchi Gallery’s new project space, SALON, launching on 24 February 2017.

The exhibition will include a selection of paintings by the artist from the 1950s and ’60s, conveying both his unique sensibility and the remarkable energy of Gutai’s most productive period. Highlights include two works initially presented at Maekawa’s first solo exhibition at the Gutai Pinacotheca, Osaka, which took place in November 1963: Untitled (A5) (1963) and Mountain with Lines (1963). The latter comes from a grouping of important works on loan from Axel Vervoordt Gallery, Antwerp, and once formed part of a monumental quadriptych whose other panels have since been lost.

Dominique Lévy previously held an exhibition of Maekawa’s works in New York in 2014. Tsuyoshi Maekawa will be held concurrently with an exhibition of fellow Gutai painter Kazuo Shiraga’s works at Lévy Gorvy’s Old Bond Street location (from 3 February – 25 March 2017). The gallery will also be collaborating with Axel Vervoordt Gallery for an exhibition of paintings by Shiraga at the latter’s new space in Antwerp, opening on March 8. By presenting simultaneous exhibitions by two Gutai masters across multiple venues in Europe, Lévy Gorvy will highlight the legacy of this influential avant-garde collective.

SALON at Saatchi Gallery will partner with major international galleries to present a wide platform dedicated to exhibiting work by established artists as well as artists' estates in selling exhibitions.

Tsuyoshi Maekawa (b. 1936) was a member of the Gutai Art Association, Japan's most significant avant-garde collective of the postwar era, founded in 1954. He was included in the 8th Gutai Exhibition at the Kyoto Municipal Museum of Art in 1959, and became a protégé of the group’s founder, Jiro Yoshihara. Following Maekawa’s first solo exhibition at the Gutai Pinacotheca in November 1963, the artist was represented in every Gutai event until the group’s eventual dissolution following Yoshihara’s death in 1972.

Maekawa’s efforts during this time were profoundly occupied with the materiality and three-dimensionality of painting. The artist created a series of works using burlap, cutting the fabric apart and adhering it to canvas, which he then painted over to create a rich, heterogeneous, metamorphic surface. Here, Maekawa made the radically objective nature of painting emerge in all its strangeness. This artistic practice served to subvert the representational, opening an immediate access to the thing itself—the artwork as matter rather than image. Although these works find their place in a lineage of paintings created using unconventional materials such as burlap, as in the work of Joan Miró, Paul Klee, and Alberto Burri, they also stand apart as evidence of a highly independent investigation into abstract texture and the visual relationship of the fluid materiality of the artistic medium with geographic and biomorphic forms.

Literally meaning ‘concrete’, the word Gutai was intended by Yoshihara to express the idea that art constitutes the embodied, material manifestation of human spiritual freedom. While often closely associated with the contemporaneous movements of Abstract Expressionism in the United States and Art Informel in France because of a shared exploration of performative painting, the multidisciplinary practice of Gutai artists pushed the boundaries between painting and performance, artwork and event, to such a degree that Allan Kaprow would praise the group as a pioneering force of the concept of the ‘Happening’ in Japan.